A brand does not become “the” standard for creativity without demonstrating a fresh, spontaneous approach to its art. Perhaps more than any other company, Piaget has risen to this challenge by pushing back the limits of watchmaking expertise toward new horizons marked by boldness and innovation. For Piaget, boldness means asserting its independence and handling extravagance with subtlety. It also means introducing models destined to make a mark on their own era and to stand the test of time. In 1979, the Manufacture launched the Piaget Polo watch. Avant-garde, yet classic enough never to go out of style, it quickly became an icon. 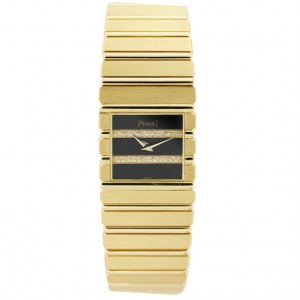